“If you’re any good at all, you know that everything that happens to you is your own damn fault, and you embrace that knowledge and go on from there.” — Paul Fussell

I set out to hike Nippletop, which because of turning around on Dial twice, I had only hiked three times. My plan was to climb the Leach trail to Dial, continue to Nippletop, then steeply down Elk Pass and then consider adding Colvin & Blake.

Things started well, I breezed up the wet but snow- and ice-free Leach trail. At one point, the trail takes a hard left turn but the ‘old’ trail continues straight. I continued straight.

It didn’t take me long to realize that I missed the turn, literally no more than two minutes. I considered turning around, but opted to push onward and try to angle back. The area had been cleared by a fire, so the trees were young and the bushwhacking at first was actually very nice. I climbed up to open rock, hoping to be able to see the ledges where I knew the real trail was. Nothing. It was lightly raining, but the low clouds were pea soup thick. I could barely make out the nearest bump, let alone any distant landmarks.

I continued angling over-and-up, getting to progressively higher vantage points. The bushwhacking between the bumps, where the fire had not cleared, was more challenging than among the saplings. It was sopping wet, filled with rotten wood and some ledges to navigate down and up. As I progressed, I definitely second guessed my decision not to turn around at two minutes off trail, but I was having a pretty fun time. I still had zero visibility, and I frankly started wondering if I had somehow crossed over the trail and was headed up Noonmark Mountain, which I absolutely didn’t want to do!

Absent visibility, I could only tell one thing for sure, and it was the roar of the Ausable River to the Northwest. Despite having already climbed a good bit, I was surprisingly copacetic with the decision to head back to Lake Road and instead climb Nippletop via Elk Pass. I took a compass bearing and stuck to it, making my way back to almost where I started.

The rest of the way was exactly as expected, climbing a sopping wet Gill Brook trail to an underwater Elk Pass. On the whole ascent, you could hear water raging underneath the snow pack. There was still no visibility when I summited both Nippletop and Dial, but finally on my return to Noonmark’s shoulder I was able to see clearly where I had been. I was excruciatingly close, had I continued one more bump I would have made my way back to the trail!

Luckily, I had enough strength to overcome my stubbornness, and got to enjoy a whole day out all to myself, and I successfully climbed Nippletop, my only objective. Things don’t have to go to plan to be perfect. 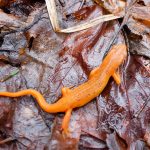 First salamander of the season 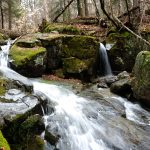 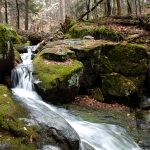 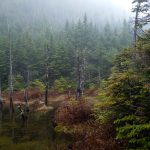 Dial’s south summit in the clouds 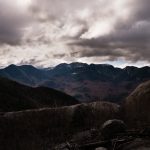 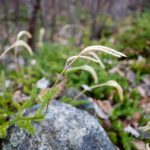