It was a glorious day to be atop some 4,000+ footers here in the Adirondacks. Humidity was low, temperature ranged from 54°F to 70°F during our hike, lots of sunshine and some late afternoon clouds helping to keep things cool for our descent.

We figured there would be a busload hiking Giant, given all those ideal conditions, so we started early. Even so, I was surprised that we were only a handful of cars at 6:15AM. That’s fine with us; we encountered our first humans a couple hours later near the top. Views were magnificent all day.

We met a few interesting people, like the veteran who was in the 82nd Airborne accompanying his son on his third High Peak. (Marcy, Algonquin, and Giant.) There were far less people than either Kathy or I expected. We also met some nice dogs, not all of whom were leashed. (Typical.)

I carried little flags to the summit for our pics, and shared them with others as well. It was a great Fourth of July, happy birthday America! 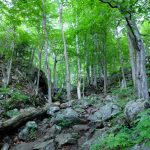 Rocky start to the Ridge Trail 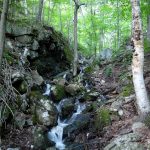 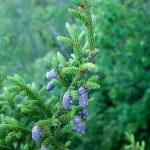 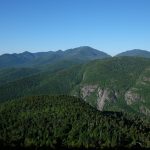 The Dixes & Round Mt. dominate; from Round Pond to Chapel Pond 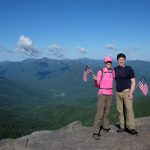 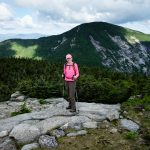 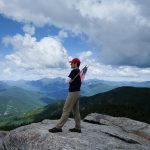 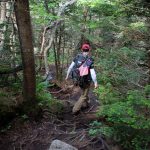 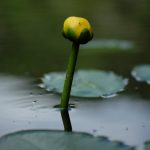 Water lily in the Giant’s Washbowl