Saturday was tough, so Sunday was the gut check. Happily, everyone who didn’t have to work on Monday opted to hike! Sunday’s hike would be a bit easier though, and had a unique bonus for the Adirondacks: Lunch at the cafe at the summit.

Since there was ample parking at the ASRC trailhead, we opted to sleep in and start late, nearly 11am. We headed straight up to Whiteface, stopping only briefly to look out from Marble Mountain and again to put on sunscreen. (The latter was a good move, the last 0.3 mile to the summit is completely exposed, and it was a cloudless day. I’m glad I thought to do it. ;))

The crowds were typically insane, with crying babies, toddlers scrambling on boulders and people in flip-flops clogging the stairs. It is undeniably a terrific view though. We took a group photo and had a tourist say “you have a beautiful family,” to which I responded, “oh they’re not mine, I just rent them for photo ops!” (I thanked her, of course! Sheesh.)

Our new trick when hiking Whiteface is to stop at the cafe at the top for a hot sandwich and cold drink. It was delicious, just like last time. $4 for a bottle of water was steep, but since I threatened to sell water atop Marcy for $10/bottle in the summer, I’m not one to complain.

After lunch we jumped back on the trail and headed up Esther. The trail was much less muddy than usual, which I found strange given how much rain we’ve had. I suppose the last few days of bright sunny skies and no humidity has already dried things out.

At the top with the new 4er and 12er, we inspected the plaque to the probably-fictional Esther McComb. It was reported that 15-year-old McComb stumbled upon the summit named after her while trying to get to Whiteface. According to a reliable source, there isn’t any other reference anywhere to this person, as you would expect if the story was true. My gut tells me that someone was making a joke about women getting lost, and it turned into part of the Adirondack mythology.

The wildlife highlight of the trip, we found an 8-inch wood turtle smack in the middle of the herd path to Esther.

We made a speedy descent and headed home, adding 10 miles and 3,800 feet of climbing to the 4-summit weekend. It was a fabulous trip with beautiful people and perfect weather, I can’t wait to do it again! 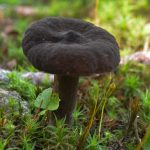 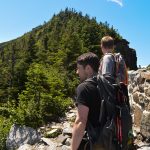 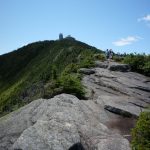 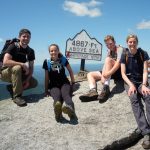 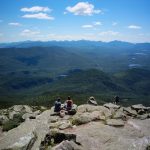 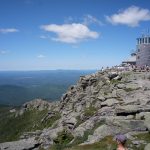 The crowd; note the line on the stairs leading left and down from the summit 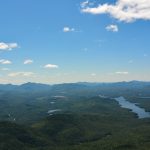 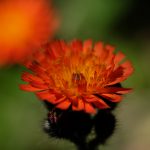 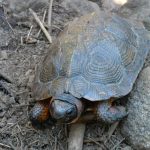 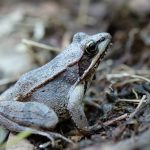 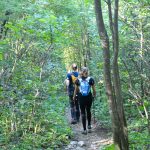