Today was an absolutely perfect day to hike. It was chilly (14°F at the start), not so cold that your sweat freezes your zippers but cold enough that snow didn’t stick to your clothes. Or your snowshoes! (Yep, it’s snowshoe weather.)

I signed in just behind an interesting gent and we ended up climbing to Algonquin together. We switched into our snowshoes just after the split for Wright Peak, although sadly we were the only two people I saw all day wearing snowshoes. To make that even a bit crazier, there was easily 1-2 feet of snow on Algonquin.

We split at the summit and I forged on to Iroquois. While only 3/4 mile away, I was the first and only person to head to Iroquois since the last big snowfall. This is, of course, fine with me. It was quite fun, I think I followed the right path 99% of the time, and was exhausted at Iroquois’ summit.

These two are my favorites, and the views today were breathtaking. Unfortunately the clouds moved in later in the afternoon, so I was glad to have taken the shots early. Enjoy! 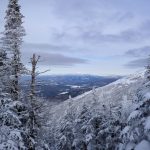 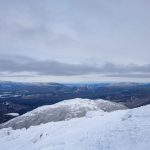 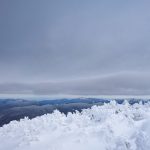 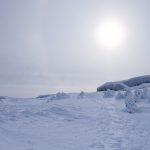 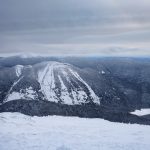 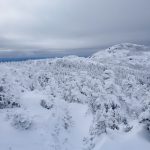 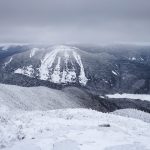