My September hiking was ‘in the books’ but that just leaves me open to hiking whatever I want. Or, in this case, whatever Kathy wants.

After climbing Allen on Friday and Street & Nye on Saturday, we opted for a ‘medium’ hike. I was convinced after last year’s beautiful ascent of Bennies Brook Slide that Kathy would love it. As far as slide climbing goes, this is one of the ‘beginner’ slides, never really that steep and the rock has good grip.

We started before sunrise, and made our expected time to the DEC Interior Outpost. From there we crossed Johns Brook onto the now-unmaintained South Side trail, first crossing the start of the Range Trail and a half mile later the base of Bennies Brook. The bottom of the slide, at 2,200 feet, is a bit more overgrown than the rest, and in the very early morning everything was still covered in dew and so a bit slippery. We took our time, and finally made it to the open rock.

Unfortunately, the morning dew persisted for virtually the whole climb, giving us fits on what should have been a simple uphill walk. It looked like a covering of beaded sweat all along the rock, and our trail runners weren’t up to the task. There is only one real exposed pitch, which we carefully followed the dry veins as much as we could and zig-zagged our way upward from dry rocky to dry rock.

It took us 30 minutes longer than planned, but at about 3,900 feet we popped back into the woods for the short bushwhack through the ferns to the main trail. From there the remaining half mile to Lower WolfJaw is steep and slabby, but it was dry and easier to navigate in comparison to what we had earlier completed.

I was fairly sure that one was enough for Kathy, so we lazed around having a bit of early lunch. We met a couple who told us they were on their way to Mount Marcy, “hopefully before dark.” After they passed I told Kathy: “No way.” Marcy is 8.5 rough, up-and-down miles from where we were.

We continued down to WolfJaws Notch and Kathy decided to try Upper WolfJaw as well, so off we went. It started to get hot, and the occasional breeze felt heaven sent. Just before the summit, we caught up to the couple from earlier. Given our pace, I let them know that they weren’t going to get to Marcy before dark, which they had already realized. By this point, they likely realized how hard — steep, rocky, and muddy — the Range Trail is. We already knew.

After another snack on Upper WolfJaw, Kathy decided that she had one more summit in her. I was truly impressed, because it was indeed hot and the climb so far had been rough. But based on what we had already completed, we made it to Armstrong no problem.

Standing on Armstrong’s summit, the couple from earlier arrived. I pointed out Mount Marcy. The guy laughed and said “yeah NO WAY!”

We descended the Beaver Meadow Trail, which was nicer than I remember. I still wouldn’t want to ascend that route, because it seems to go on forever, but the switchbacks were nice and the trail wasn’t too bad anywhere. The sunny side was baking, so luckily most of the walk was in the shade.

I tromped under Beaver Meadow Falls at the bottom, and we walked the longest half mile in the ADKs to join up with Lake Road and out to our car. Kathy is now up to 24 High Peaks for her 12-month challenge, and with this gutsy hike she’s completed the entire Lower Great Range. Only 22 to go! 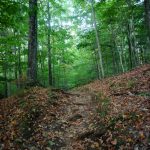 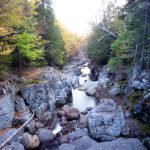 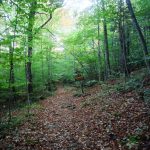 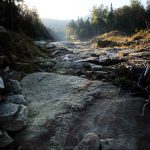 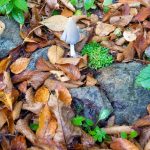 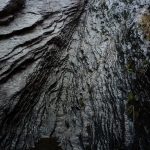 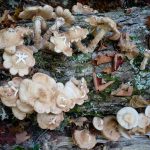 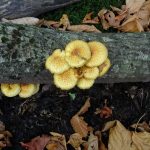