In my planning for the last two years of hiking, I mapped out various ways to get to most of the peaks. We’ve done some interesting/non-standard hikes, like our one-way Gothics traverse, or our hike up Phelps, but for the most part we’ve done typical routes.

This route, like the one from two days earlier for Cliff & Redfield, wasn’t unique but it is likely only a minority of hikers use this trail. Which is a shame, because the Indian Pass trail was easily the best/most interesting lead-in trail we’ve taken. It’s much prettier (and softer) than the Van Hoevenberg or Phelps trails, and not nearly as boring as Lake Road. Sadly, Marshall is the only 46er (besides the ‘unofficial’ 47th 46er, MacNaughton Mountain) which is easily obtained via Indian Pass. I’m glad we decided to tackle Marshall this way rather than from Upper Works.

After signing in at the register on Heart Lake, the path modulates in the forest for two miles until you reach a split for Rocky Falls. Not knowing the difficulty or the weather in front of us, we decided that we’d come back for the falls another day, and kept on another 1.7 miles to the Scott Clearing lean-to.

Our advice before setting out was to stay to the low side when the trail makes a hard left past Scott Clearing. We took the advice (which was re-iterated by a nice hiker coming back from MacNaughton) and at the turn stayed straight through the campground. The path led us past some high grass and out onto a nice rocky clearing next to the Pass Brook. Unfortunately for our early start, the grass was still sopping wet, and now so too were my pants. It was likely still only 50 degrees outside and cloudy, and my pants were clinging to my legs already.

The path out of the clearing wasn’t obvious, and we discovered on the return that it was essentially fully overgrown and would have been nearly impossible for us to find. We simply angled along the Pass Brook, and shortly (and more wetly) hooked back up with what used to be the Indian Pass trail. (There are even old, fading red discs on some of the trees still along the ‘low’ route.) After just a few minutes more we hooked back up with the official trail, and about a mile later we were at the intersection with the now-unmaintained Cold Brook trail.

This trail followed a tributary up most of the way, and was a bit rocky for most of the mile and a half we were on it. There were some pretty spots along the way, but it was a relief when we finally got to the cairn marking the herd path up to Marshall.

If I liked Indian Pass, I loved the herd path up to Marshall. It was straightforward and very tight, but interesting and varied. Also, the herd path gives views back at one of my other favorite summits, Iroquois Peak. There are some steep ups and downs, but it is still not very traveled and not terribly muddy, even with all the rain this year.

For the final few yards to the summit, the herd path hooks up with the ‘standard’ herd path coming up from Flowed Lands, which even this short stretch was a muddy mess.

We met four gregarious gentlemen at the summit, one of whom had a rain jacket but otherwise only shorts and a tee-shirt. Past the summit there is a great lookout, with sweeping vistas to the south. I stopped to take a bunch of photos and tried to dry out some of my gear, but when we saw the rain clouds marching towards us we decided to head back.

We caught a few sprinkles on the way down, but nothing too serious, and by the time we were back at Indian Pass it was sunny again. This time we stopped by Pass Brook to dry our gear and enjoy the sunshine. (This is why I never believe weather reports in the Adirondacks.)

I can’t speak to the trail from Upper Works, but I absolutely loved taking Indian Pass to get to Marshall. Most importantly, I was now at 30 high peaks, and we had hiked 4 out of 5 days, with plenty of time for two more hikes. 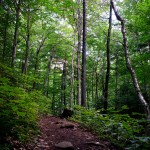 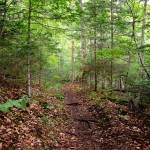 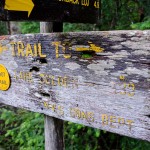 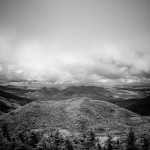 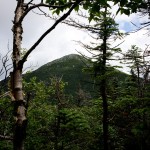 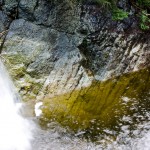 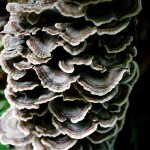 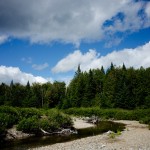