Even though this list will walk back to 1989, it wasn’t until about 1991 that I really started to enjoy music. It was a turning point not only for me but also for millions, since this was the year that Nirvana’s Nevermind blew up the radio-friendly pop rock and started in record labels a race for independent (“indie”) bands. For most of the world, this shift would only last a few years, settling back into Hanson, Nickleback and similar dreck, but some of us would be changed forever.

I’ll reiterate my warnings and caveats:

Any other year, this would be higher.

I’ll include a warning for my family-oriented readers: Not safe for kids. Super fun for college students driving home from State College though.

A seminal band for many because of their overdistorted, noisy guitars. 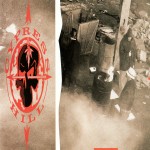 Another warning on this one, which shouldn’t be surprising: Lots of drug references and violence in this album.

I loved 1993’s Black Sunday, with its iconic “Insane In The Brain”, but as I matured the allure of that album waned. I was a bit surprised when, about 15 years after its release, I first listened to their debut album. It was a cool, interesting, fun showcase of all the things I liked about Black Sunday but without the cliched comedic relief.

Yes, there are some silly parts, like listening to them doing drugs, but remember that this was the first time they did this — the subsequent albums were the self-parodying moments. Near the end of the album is a track fully in Spanish (“Tres Equis”) and despite not knowing what they’re saying is fun and interesting in a way that most bands, even Cypress Hill, can’t replicate. 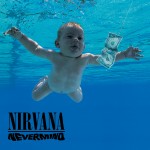 If this were a list of the ‘most influential’ of 1991, it would be hard to put this album anywhere but first. It opened up Seattle’s Grunge scene, and with it all the other ‘alternative’ acts that followed, to the mainstream.
This album was popular, which was undeniable. Most bands and fans would relish in this, but like Nirvana’s lead singer, many fans who listened to ‘alternative’ before this album almost resented its popularity. That led many people, including one of my musical mentors, to downplay just how good this album is. He would relent, however, and after selling his copy of Nevermind would invariably re-purchase it; he did this so many times it became a running joke.

Nevermind was a punk album, mating distorted power chords with sometimes-bizarre, barely intelligible lyrics (“Here we are now, entertain us/A mulatto, an albino, a mosquito, my libido/Yeah”). It was obvious in subsequent albums that Kurt Cobain was indeed a gifted and emotional singer, but in this record it’s just the emotion. Which honestly, over time, holds up. 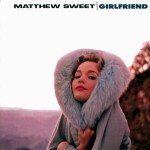 Thanks to its music video and sweetly-sung lyrics, the title track of this album gained Matthew Sweet some popularity. Girlfriend the album wasn’t just a single formula, though, as the chunky, heavy guitar opening track “Divine Intervention”, followed by the jangling “I’ve Been Waiting” and then the start-stop guitar-soloed “Girlfriend” demonstrates perfectly. “Winona” is for all practical purposes a country-western song.

Its Sweet’s lyrics which ultimately made an indelible mark after 25 years. He speaks to the universal angst of failed relationships and break-ups, such as in “I Thought I Knew You”, “You Don’t Love Me”, and “Don’t Go”; the painful longing and bitterness in “Does She Talk?” is simply absorbing and brilliant. 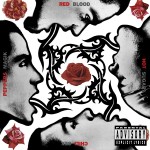 I listened to the Red Hot Chili Peppers’ Mothers Milk when it came out in 1989, and I was unimpressed. Their unabashed hit “Under The Bridge” from this album is likewise not a good song.

But the entire rest of this album is amazing. The Chili Peppers were always and since about the outrageous hyperactive bassist Flea and singer Anthony Keidis, but on Blood Sugar Sex Magik the guitar work of John Frusciante fits absolutely perfectly. It makes Keidis’ outrageous sex-fueled lyrics secondary; it lets Flea’s bass drive the songs. It’s creative and fun, and it doesn’t feel like they set out to make it so, which is usually a blueprint for success.

Frusciante left the Chili Peppers after this album, and anyone wondering how good this album is simply needs to listen to anything they made afterwards. Blood Sugar Sex Magik is one of those perfect place, perfect time affairs. 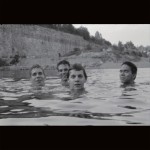 It’s unavoidable that similar-sounding bands or albums will recur across 25 years’ worth of music. It’s also obvious that most musicians in that span appear in multiple bands. Without researching for this project, I would have never known how many interconnections there were.

Slint is an iconic band, and Spiderland is not only the best album of 1991 but also my favorite album, period. So it’s strange that up until I embarked on this project, I always thought that the band members became bankers or lawyers after breaking up, which was in motion by the time Spiderland came out.

Not so; following the flight of the former Squirrel Bait punk band after they disbanded in 1988 leads to at least 10 bands which make my ‘best of’ list, Slint at the top. It was so interesting to me that I made a graph, with the green shaded bands having albums on my ‘best of’ list. The huge names on this list (for independent/alternative bands) include Slint, Tortoise, and Seam; Codeine and Come even play a part which I never realized until now.

Back to Spiderland: I remember hearing this for the first time. The nearly-nine minute “Washer” is a haunting exercise in tension and release. Throughout the album, the almost-jazz drumming and staccato guitars build complex structures which belie that it was written and performed by teenagers. I truly think that if Beethoven was born in 1970 in Loiusville, KY, he would have been in Slint.

Spiderland is that good.