2013 doesn’t afford me the same luxury of time as my previous lists, so this one has a higher likelihood of changing over time. Still, there are a lot of albums from 2013 that I quite like and think this makes a good list.

I was going to put Ghostface Killah’s 12 Reasons To Die in this spot, but sometimes I feel like listening to albums without hearing f* every other word. Leanin’ On Slick is more fun, soul-tinged rap.

9. Porches/Slow Dance In The Cosmos

Reminds me of an updated early-90s Bufffalo Tom, straight up alternative/indie rock. They add some electronic beats to the standard alternative rock mix to good effect.

As the title kind of suggests, this is ethereal guitar rock: Mellow, slow, and flowing.

6. Elf Power/Sunlight on the Moon

More from the Elephant 6 descendants, Sunlight on the Moon is inarguably lo-fi with crunchy guitars, trumpets, and occasional random background noises.

5. Nataly Dawn/How I Knew Her 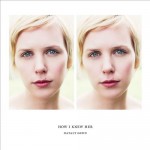 Nataly Dawn is half of Pomplamoose, who put on one of the best live shows I’ve ever been to. How I Knew Her is her first formal solo album, and though some sites refer to this as her second album I don’t see it on the Internet so it must not exist.

Dawn (real name: Natalie Knutsen) brought in a slew of guest session musicians and as such has a different vibe than her Pomplamoose work. Instead of Jack Conte’s manic kneepad-wearing keyboard slamming, you get smoother songs yet retaining her wry sense of humor. (Like in “I’m Still A Believer”, she starts, “Grandma says I’m going to hell/because I met a boy and we play rock music,” and the chorus sings “I’m still a believer/and if you meet my grandma don’t believe her.”)

The backing music, varyingly soul-inspired, blues-inspired, or folk, fits Dawn’s voice perfectly. She’s clearly a trained and talented singer, but not overly polished or refined. The two slow, sparse ending songs “Why Did You Marry” and “I Just Wanted To Get Old” are the highlights for me. 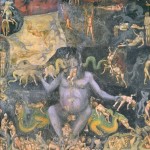 I was introduced to Steve Mason in his first incarnation as the Beta Band, the quirky Scottish duo including Gordon Anderson (who would later start the insane and incredible Lone Pigeon). Clearly, Mason was the more traditional of the two, but Monkey Minds in the Devil’s Time still has its share of non-classifiable songs and odd random backgrounds. It also has a rap song. And accordions. Throughout it has a touch of the bass and guitar work that worked so well in the Beta Band.

Mason’s voice is nice but unpolished, which is what music like this calls for.

Probably most surprising to me, growing up with aging rock stars who progressively sucked more and more, is that this album comes almost two decades after the excellent The Three E.P.s, and Mason hasn’t simply become a parody of his Beta Band self. 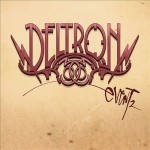 Del the Funky Homosapien (real name: Teren Delvon Jones) has been making good to great albums since the early 1990s, combining his smooth voice with jazzy backgrounds. Under the Deltron 3030 moniker he initially teamed up with Dan “The Automator” and Kid Koala in 2000, releasing the amazing sci-fi themed Deltron 3030. (More on that when we talk about the best albums from 2000!)

13 years later, the one album was the only output from the group. How do you follow up one of the most creative albums in more than a decade?

With much of the same. 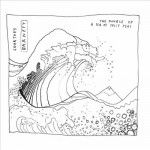 I don’t include EPs in my Best Of lists, but for Courney Barnett’s The Double EP: A Sea of Split Peas I make an exception. (Kids: E.P. stands for “Extended Play” and was a record which was longer than a single but shorter than a “Long Playing” L.P.)

The first half was originally released in 2013 as How to Carve a Carrot Into a Rose, and this adds 2012’s I’ve Got a Friend Called Emily Ferris. If you’re attuned to such, you can tell where the split happens based on the production, with the latter 6 tracks more lo-fi. To my ear, it all meshes nicely, and the two EPs both have a similar feel. 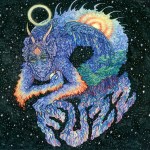 I have lots of overlap in a quarter century of music. Musicians jump from band to band, record labels put out complimentary bands, producers try to find good bands, etc.

Fuzz/Fuzz is what started me down the Ty Segall rabbit hole. In the span of 8 years, he has released at least 9 full-length albums under his own name, two collaborative albums, one under the Ty Segall Band moniker, and two albums with Fuzz. He’ll appear more than once on my top 10 lists.

Fuzz (the band) is the heaviest of his bands, in which he is the drummer rather than the guitarist. Fuzz (the album) starts off with a heavy, dark, distorted guitar chord which portends death metal; the album abruptly turns, almost giving a “just kidding!”, into a 70s-inspired guitar album.

Fuzz doesn’t stop, end-to-end, but neither is it too much. There are still melodies to follow, there isn’t any screaming, and there is some genuinely creative and catchy guitar work throughout. This album won’t appeal to everyone (well, in honesty none of my favorites will) but in the heavy indie guitar world this is a gem.