Some years were easy to find 10 albums which I love, some were difficult to find 10 which I like. 1998 falls into the former, headlined by an iconic album which has attained “cult masterpiece” status.

1998 also marked the end of my time going to shows in DC and Baltimore, instead building up a collection of mp3s as computers finally caught up to stereos. Ironically, I see the audiophile-led movement reversing that course, with my local record store stocking more records than CDs.

Warnings and caveats were repeated twice, this is the last time:

It wasn’t until 1998 that I started listening to the Beastie Boys, and “Intergalactic” started it all.

Plain old distorted guitars, but with a melody. Curiously they sing “No one cares/Your voice is average” which is only half true.

When I bought this CD in the mid-2000s, I was amazed at how much of this album had become alternative punk staples. It’s good because it’s fun.

Disliked by some because it isn’t as good as their previous albums and is more approachable, it is still good Seam, which is a high compliment. 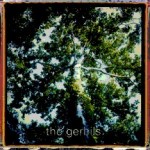 Like my discussion on the Squirrel Bait family tree (see Slint’s Spiderland), the Gerbils are part of another major influence in the Elephant 6 Collective. The Gerbils fit the E6 Collective’s lo-fi, eclectic sound perfectly.

Are You Sleepy? is truly low fidelity lo-fi; its guitars sound like they’re playing through amps which have a hole kicked in them, the drums are sparse, and it’s hard to identify exactly what instruments are playing. (It might be an organ, or is a distorted trombone? We’ll never know.)

As opposed to some of the other Elephant 6 bands, the Gerbils keep this album light throughout. It’s definitely got a bubblegum poppy feel, with whimsical and almost inane lyrics. In “Crayon Box” they sing, “I know that Sebadoh is still your favorite band/I’m not laughing but I thought I would be/Wouldn’t you be laughing at me?” The antic “Fluid” is one of the more endearing, silly love/lust songs ever made.

I suppose I can mention that none of the band are particularly good singers. It really doesn’t matter, the lo-fi works with it. 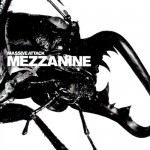 Just like some of the “rap” albums I like aren’t really rap to me, Mezzanine isn’t really trip-hop. Sure, it’s got looping samples and a big back beat that drive the songs, but it employs distorted guitar and bass enough to make this unabashedly a trip-hop-rock album.

Many others liked Massive Attack’s Blue Lines better than this one. For me, this album is more consistent, and everything meshes perfectly. The vocals are at just the right level, the guitars compliment the electronics, the samples aren’t overdone.

The Eels are really just Mark Oliver Everett (sometimes going by simply “E”), so its not surprising that a personal album comes across in both the music and the lyrics. Electro-Shock Blues feels like someone coming through a dark time, which of course Mark Everett was.

After starting with the great “Elizabeth on the Bathroom Floor”, the album is separated in two parts. “Going To Your Funeral Part I” starts a dark exploration of mortality (both musically and lyrically) but then at “Going To Your Funeral Part II” the tone becomes decidedly more optimistic. “Last Stop: This Town” hearkens back to the top straightforward alternative songs on the Eels first album Beautiful Freak.

There are strings and orchestral movements on some songs, there are samples from a music box on another, birds chirping and background noise on yet another. But through it all comes a very touching and honest album recounting someone coming through a dark place. 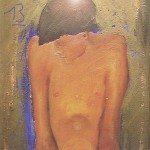 If I were to put together a 13-song greatest hits album for Blur, this would be that album.

Songs like “Coffee And TV” and “1992” could have highlighted Blur’s previous albums with their distinctive Damon Albarn crooning (more recognizable from his work in Gorillaz to the younger set) whereas “Bugman” and “B.L.U.R.E.M.I.” are much more punk. “Trailerpark” in fact presages Albarn’s spin-off into Gorillaz with its soulful backbeat and almost-rapping vocals.

The three-song sequence of “Caramel”, “Trimm Trabb”, and “No Distance Left To Run” are the highlight of the album for me.

Most of the songs are long and filled with tension and feeling, with the whole album doing a good job of alternating between slow and fast. Perhaps not dark like the Eels’ Electro-Shock Blues, 13 still feels very emotional in both vocals and music.

1. Neutral Milk Hotel/In the Aeroplane Over The Sea 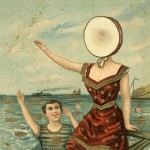 I mentioned my favorite Elephant 6 band earlier: Neutral Milk Hotel is it, and the contest isn’t close. In fact, very few bands of any era or style can touch for me what Jeff Mangum created in Neutral Milk Hotel, and in only two albums at that.

In the Aeroplane Over The Sea was one of a trove of CDs which we got from a friend. For whatever reason, I only had two tracks: “Two-headed Boy” and “Oh Comely”. I listened to them a few times, and Mangum’s nasally vocals from those two songs didn’t immediately strike me.

Then I bought the whole album.

From the first track “The King Of Carrot Flowers Pt. 1” something hit me about the way the lyrics meshed with his stark, manic acoustic guitar. By the time the distorted lo-fi guitars kicked in on Parts 2 and 3, I was hooked. I was hearing something emotional and raw in Mangum’s voice. If he was a better singer, it wouldn’t work. The lyrics need his voice, the songs need the singing saw (yes, really), the songs need the various horns and eclectic instruments. I was finally able to fit the two songs I had into the rest of the puzzle.

The album at times loosely relates to the Diary of Anne Frank, but much of the lyrics throughout seem a stream of Mangum’s consciousness. It all works, end to end, to create a brilliant lo-fi masterpiece which has only grown better over time.