I still vividly remember what I got for my thirteenth birthday: It was a record. In 1984, thirteen-year-olds only got to listen to what was played on the radio, their parents’ records, or what they could get for birthdays and Christmas.

9. The Beta Band/Heroes To Zeros

More accessible and ‘normal’ than other Beta Band albums, still great despite losing the endearing quirkiness.

An extension of the excellent Beginning Stages Of… from 2002. 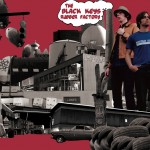 A guitar-and-drums duo with a big sound that belies their numbers, the Black Keys are one of many modern bands which have appropriated blues married to big amplifiers. Their third full album is end-to-end chunky guitar-driven garage rock, finding a sound distinct from their obvious Delta blues inspiration.

The sum of their sound, and especially the vocals & lyrics, hit a sweet spot that the cliche-but-sometimes-excellent Jon Spencer Blues Explosion never could. 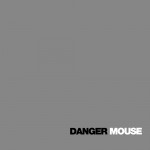 The only album on my lists available as a free download, this is a mash-up of the Beatles’ White Album and Jay-Z’s Black Album. (See what Danger Mouse did there?)

Fans of the Beatles shouldn’t expect to hear something resembling that album; Danger Mouse took snippets from selected songs and looped them into beats behind Jay-Z’s vocals. Strangely, it all works. So well, in fact, that the Grey Album is in every way better than Jay-Z’s original. It also made a name for Danger Mouse, who will appear in later years’ lists of best albums from me. 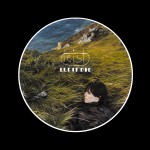 Feist’s sweet and sultry singing holds together this set of eclectic songs as they vary from peppy to moody to soulful to (almost) disco. The album flows smoothly from one sound to the next; Feist incorporates organs on one track, horns and finger-snapping on the next, guitars on the next, but all of them are held together and better because of her unpolished-and-lovely voice.

She ends the album with covers-which-you-wouldn’t-know-were-covers, from the Bee Gees to Blossom Dearie.

2. Elliott Smith/From A Basement On A Hill 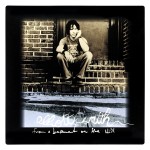 Released a year after his suicide, I remember a profound sadness on my first listen of this album. I like Elliott Smith’s previous work, all the way back to his days with the band Heatmiser, and I could see in this heavier, raw set a real breakthrough in his music. There is still debate as to what this record would have been if Smith hadn’t committed suicide before it was completed, and I tend to think that some of the lighter moments might have become a tad darker.

That being said, this is a window into Smith’s tortured mind. Several tracks take on more weight realizing that these would be his last, sometimes to haunting effect. When he sings in “King’s Crossing”, “Every wave is tidal if you hang around/You’re going to get wet/I can’t prepare for death/Any more than I already have” you have to think that he meant it.

For me, “Coast to Coast”, “King’s Crossing”, “A Passing Feeling”, “Shooting Star”, and especially the moving “A Distorted Reality Is Now A Necessity To Be Free” are raw, heavy, and wonderful. As one of my favorite albums, they still show that Elliott Smith had even better in him. 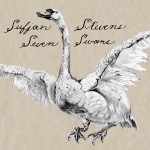 Seven Swans starts with a banjo, followed by Sufjan Stevens’ bittersweet vocals weaving in between. He’s joined by a haunting Megan Smith (of the Danielson Familie) who mimics the banjo line, repeating through the end of the song. It’s not the most traditional start to a rock album.

The rest of the album is a stripped-down eclectic mix of guitar, banjo, piano, organs and light percussion, allowing Stevens’ lyrics to stand out. It isn’t until the sixth track that drums appear, along with a sorrowful electric guitar which build to a crescendo in the standout “Sister”.

All of the lyrics seem personal, and many explicitly Christian, such as the beautiful “Abraham” or the closing “Transfiguration”. In fact, the latter half of the album is filled with explorations of faith, most poignant in the chilling, dreamlike, apocalyptic “Seven Swans”.