Mount Marcy, at 5,344 feet, is the highest mountain in the Adirondacks. It is also the most hiked of the 46 high peaks, which is a little odd to me since it is a 14.6-mile round trip taking the usual way from the Adirondack Loj (pronounced ‘lodge’).

The trail up to Marcy was well maintained (we passed the trail steward doing his work half way up) and was – really – an easy hike. It wasn’t until after Gothics that everyone joining me agreed to that statement. Marcy required endurance, but there weren’t steep parts until the very end and those were easily navigable. If you’re in decent walking shape, you can climb Mount Marcy on a beautiful day like we had.

The top of Marcy is an Arctic-Alpine zone, and as such has interesting flora. The rocks you see in some of the photos keep the gaggle off them, unfortunately to no real avail.

We did have to deal with the large group having what seemed to be a pizza party (without the pizza, of course) at the top, so we didn’t savor the moment as long as perhaps we could have. A note from me to hikers: (1) When you get there, enjoy it but only so much; (2) people have hiked a long way to get to the summit – don’t plop your bags/food/jacket right near the marker; (3) take a break, have a lunch, but don’t spend the whole afternoon at the top whooping it up. Sigh.

All that said, Marcy was fabulous. The Corona with lime was our delicious reward. 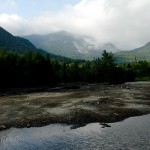 Looking out from Marcy Dam, washed away by Irene in 2011 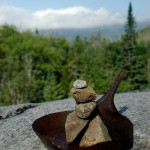 Stopping at Indian Falls on the way up 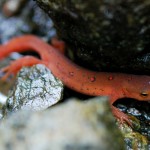 A Salamander on the way up to Marcy 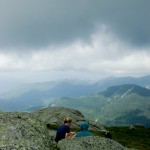 Lunch at the summit of Mount Marcy 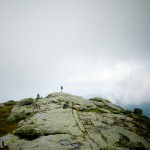 At the summit of Mount Marcy 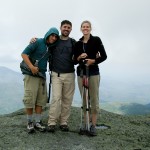 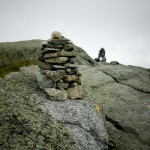 Starting the descent from Mount Marcy 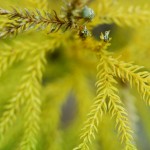 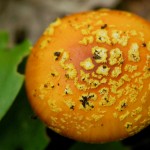 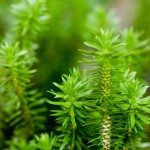 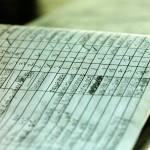 Signing out after a long hike 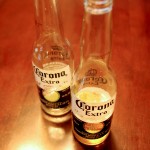