Having pushed ourselves to finish three difficult hikes in four days, we were left with two mountains until we were 46ers. Our penultimate peak would be 4,120-foot Seymour Mountain, the last in the Seward Range.

Sharing the first 1.2 miles with our hike two days prior, the 3 miles to the Blueberry lean-to passed quickly and shortly after we were at the Ward Brook cutoff for Seymour.

The Ward Brook herd path started gently, but turned steep for the straightforward ascent. There were rocky pitches, but nothing overly difficult for the High Peaks, and after our relaxing day with family our fresh legs pushed us to the top by 9:20 AM. There were similar hazy views from the top as from the other Sewards two days prior, with good viewpoints before and just after the summit proper.

The path down and out was uneventful, even if it did feel considerably longer than the route in. Upon signing out in 6 hours 59 minutes (including stop at the top), we now had 45 high peaks behind us and just Mount Colden to go for our 46. As a bonus, we were out early enough to have skipped our packed lunches and we enjoyed pizza in Saranac Lake on the way back to Keene! 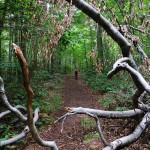 Approaching Ward Brook on the way to Seymour 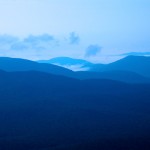 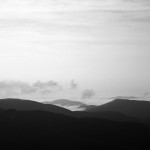 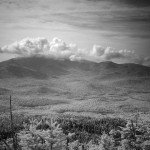 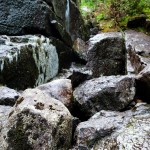 On the way back from Seymour